Dogs4Us is a puppy warehouse. It has branches in Leeds and Manchester.

Dogs4Us was exposed in 2009 buying puppies from puppy mills and telling a customer who’s puppy became sick to ‘take it back for a refund’ as treating the puppy would cost too much!

The government says you should never buy a puppy unless you can see the mother with the puppy. This is not possible at Dogs4Us as the mother is lock inside a puppy farm miles away.

Dogs4Us won’t reveal their suppliers but the media has exposed them sourcing sick puppies from Wales/Northern Ireland and this is confirmed by the information that  continues to be received by campaigners.

With unwanted dogs being taken into shelters everyday we don’t think any breeding of animals can be responsible. Shelters are packed with puppies of all breeds that are microchipped, vaccinated and well socialised. Despite being of a better standard of health and suitability than the puppies in Dogs4Us they can be adopted for a fraction of the price.

Dogs4Us have been exposed; 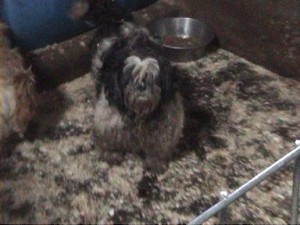