Yesterdays protests were an unmitigated success with about 40 activists between the two Dogs4us stores in Leeds and Manchester.

The Manchester protest was the larger of the two as Manchester is the main store. The Manchester store had over 25 protesters and 5 dogs (all welcome on our demos). People driving up to the main store  were horrified to find out about Dogs4us’ dirty dealings and many turned around and refused to buy from Dogs4us once they knew the truth.

Many people honked and tooted in support of what we were doing, many leaflets were distributed  and people came and spoke to activists about not buying but adopting instead.

This campaign will not stop until Dogs4Us stop selling puppies and we are going from strength to strength. In around a month of the new phase of the campaign we have over 3000 likes on our Facebook page and an online group of 1000 activists.

A great big thank you to all that came to the demonstrations in Manchester and Leeds. But this is just the start, we are ready… 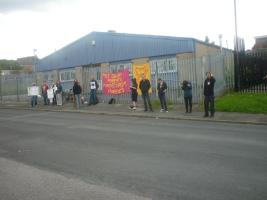 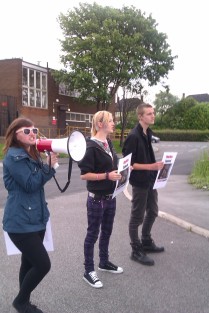